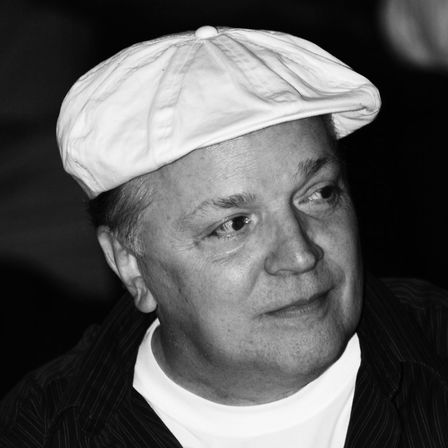 GEORGE E. HEID
Co-President
George Edward Heid grew up with the music experiences surrounding his Father's recording studio as well as his family’s musical world. He began playing piano at an early age. Switching to Drums in High School, he went on to play drums with many of Pittsburgh's Jazz greats such as his brother Bill Heid, David Budway, Dwayne Dolphin, Gene Ludwig, Lou Stellute, Sonny Barbato, Dr. Mike Taylor, and Jimmy Ponder.

He closed the music shop in 1977 to focus exclusively on recording, production, cassette duplication and pro audio sales. From early 1970 George introduced many clients to the growing popularity of the compact cassette. He built the areas only premium specification, highest quality duplication facility between Philadelphia and Nashville. Heid’s output of fully packaged audio cassettes rose to an average of over 2000 cassette tapes a day.

In the mid 1980’s, Heid Pro Audio designed and installed the sound system for Pittsburgh's number one showcase club, "Graffiti". Adding to that were installations in the regions premium jazz clubs such as Dizzy's, Club Cafe, and The Balcony. Additionally, large installations were designed and installed for the Kuntu Repertory Theater in University of Pittsburgh's Alumni Hall and Dowe’s on 9th jazz club.

George was contacted by the Manchester Craftsmen’s Guild in 1985 to specify and install a complete recording system for taping their music concerts. At that time Mr. Heid was also hired as their chief recording engineer and recorded over 100 concert dates from 1986 to 1994.