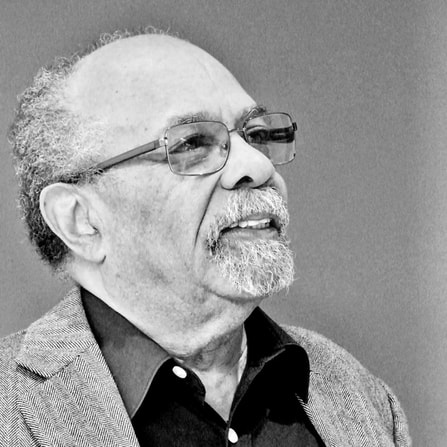 Dr. Harry D. Clark is a retired administrator from the Pittsburgh Public Schools after 30 years of service. He was instrumental in founding the Pittsburgh High School for the Creative and Performing Arts, the first public arts high school in western Pennsylvania, where he served as principal. Dr. Clark has served as president of the International Network of Performing and Visual Arts Schools, a professional arts advocacy organization with membership from schools across the United States and Canada as well as schools in the United Kingdom, South Africa, Australia and Chile.

​He has served as National Director of Academic Relations for Full Sail Center for the Recording Arts, a post-secondary recording and film center in Orlando, Florida. He also was Educational Consultant and Senior Advisor for P.M.I. (Production Masters, Inc.) in Pittsburgh on a project titled “Uncommon Beauty in Common Objects”, a focus on African art and its influence in our society. The project toured nationally and culminated its exhibition at the Renwick Galleries, Washington, D.C.

He has consulted for schools in various cities such as Kansas City, San Diego, Gary, Washington, D.C., Denver and Boston. Additional consulting experiences include: The John F. Kennedy Center for the Performing Arts; The Council of Chief State School Officers; The U.S. Department of Education’s Special Projects Committee; and, The American Council for the Arts. Dr. Clark has served as a consultant for the late stage, film and television actor, Raymond Burr. He also consulted for entertainer, movie, television, film and recording artist, Ben Vereen.

Dr. Clark has helped initiate new school Arts programs in Virginia, Kansas, Michigan, Alabama and Colorado. He served as the Executive Director of Neighborhood Housing Services, Inc., a non-profit organization that provides an education program for first time home buyers of low to moderate income. He successfully acquired funding to initiate an educational program that partnered Neighborhood Housing Services, Inc. with the Andy Warhol Museum. The partnership supports a program he initiated titled, “Youth Technology Program”, serving inner-city students in computer training as well as other social skills. He recently served as Field Observer for Indiana University of Pennsylvania in conjunction with the Pennsylvania State Governor’s office, researching the implementation and development of computer technology in public schools via the “Link-2-Learn” program. He formerly served as director of the Black Achievers Program at the Sewickley Valley YMCA; an adjunct professor at LaRoche College in 1999, and as field project advisor for the Pennsylvania Council for the Arts. He presently serves as a member of the board of Directors of Bridgeway Capital, a community loan fund for southwestern Pennsylvania; an advisor to the African American Jazz Preservation Society of Pittsburgh (AAJPSP); a board member of Kente Arts Alliance and co-president of the newly formed Lighthouse, Inc. (A Beacon for America’s Original Art Form)

In May of 2000, Dr. Clark received the Distinguished Service Award from Magnet Schools of America in recognition of his Service as a Magnet School consultant and for initiating and developing new school programs in several cities across the country.​
​
He earned his bachelor of science degree in music education in 1962 and his masters in music education in 1965 from Duquesne University, where he was inducted into the Century Club of Outstanding Alumni in 1993.
His Ph.D. in education was awarded in 1977 from the University of Pittsburgh where he has also served for over 30 years as a member of the University of Pittsburgh’s Jazz Seminar Committee. From 2002 to 2005, Dr. Clark served as Admissions and Alumni Affairs Officer at Pittsburgh Filmmakers, Inc. He was a visiting consultant with the IBE (International Bureau of Education) in conjunction with Carnegie Mellon University’s Robotics Institute and UNESCO (United Nations Education, Science and Cultural Organization.) In 2010, Dr. Clark was awarded the Rob Penny Lifetime Achievement Award by (AACTA) the African American Council of the Arts. He has recently been awarded the 2012 North Hills Distinguished Alumni Award.